Skip to content
You are here
Home > Club Events >

The Victoria Accordion Club (VAC) participated in Coupe Mondiale, a major international accordion festival often referred to as the “olympics” of accordion festivals around the world.  This world festival is held each year in a major city around the world, and in 2013 was held right here in Victoria, British Columbia, during August 17 – 25th.  For more details and results of the competition, visit the festival’s website http://www.coupemondiale.org/2013/ca_coupe_main.htm.

The VAC band competed in the “orchestra” section of the festival on Saturday August 17th.  While the band did not win any prizes, it played well and garnered well-deserved accolades for its performance.

The category had a number of extremely talented orchestras from Canada and other parts of the world competing.  An exceptional orchestra ensemble from the country of Moldova won the competition.

The Victoria Accordion Club band also played at very well-attended public concerts in Victoria’s Centennial Square, in the centre of the city where City Hall is located.  Each noon-hour, guest accordionists and ensembles performed for the general public.

On Sunday, August 18th, accordionists from around the world paraded through the heart of downtown Victoria to the delight of large crowds lining the streets.  Hundreds of accordionists played popular tunes, and jammed for pleasure of the audience along the sidewalks.  Accordionists ranging from very young, to very mature, and from beginners to professionals enjoyed playing together as they walked along the crowded streets.  The parade even featured one unique huge long accordion being played by five people! 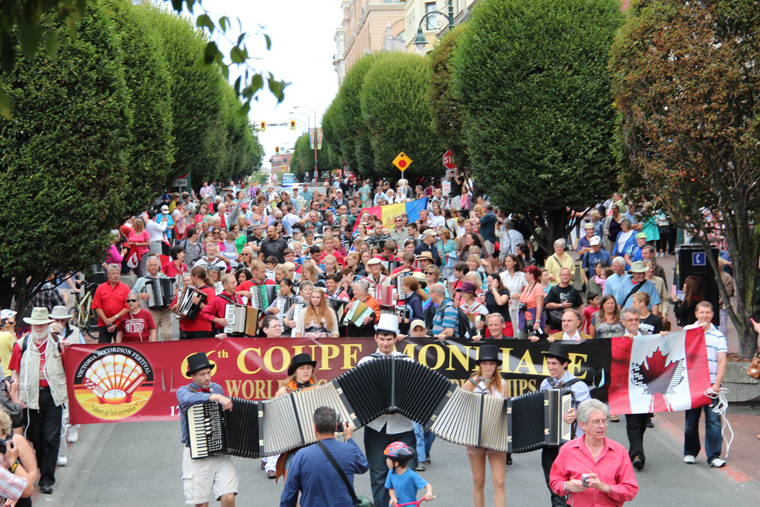 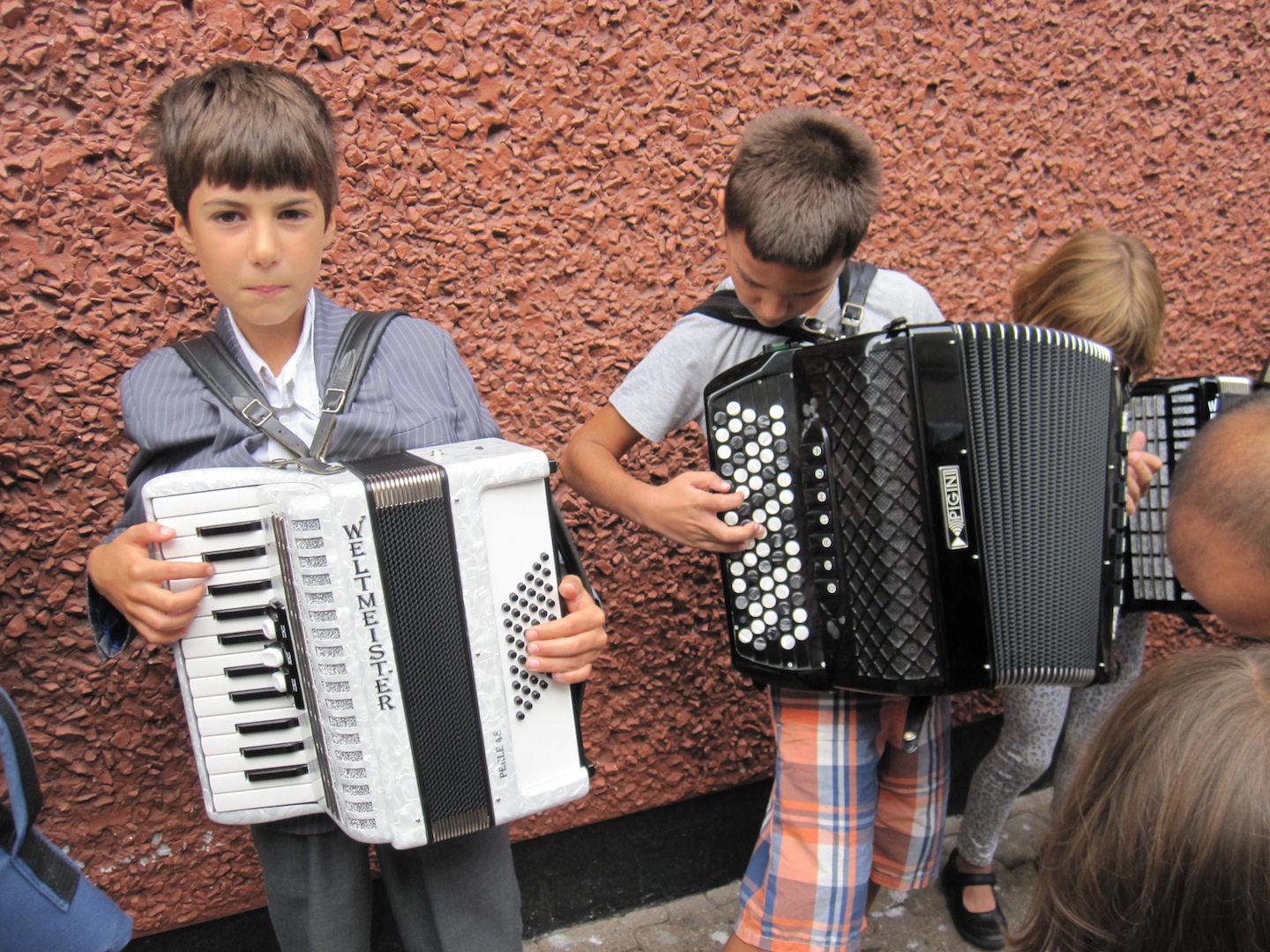 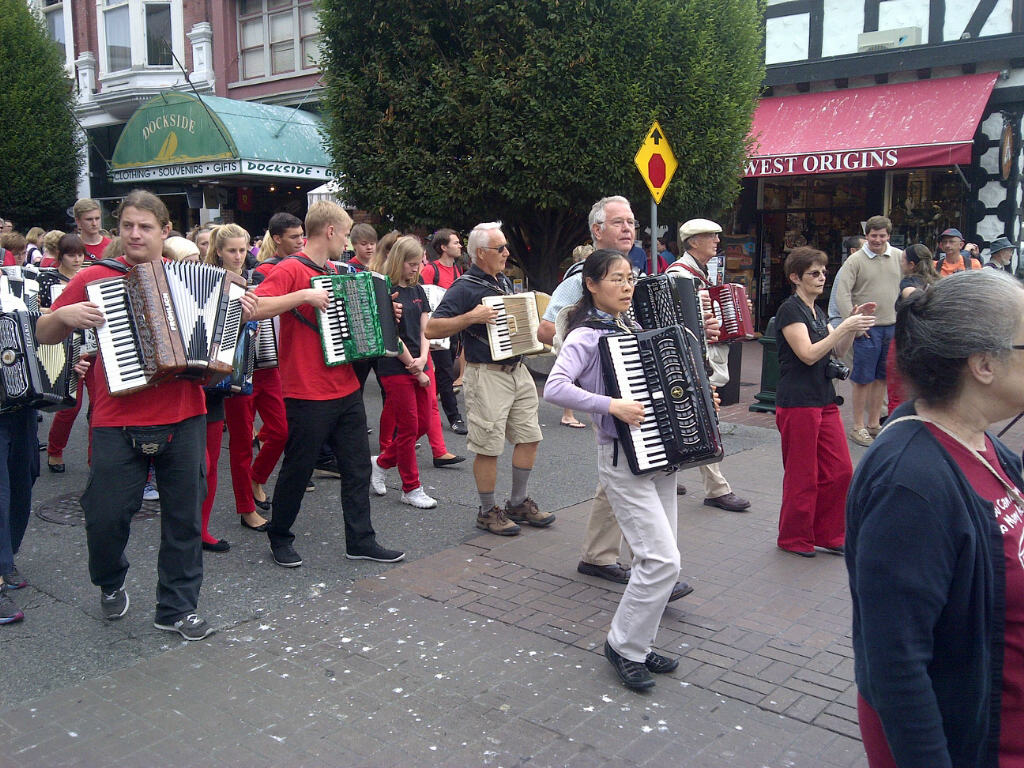 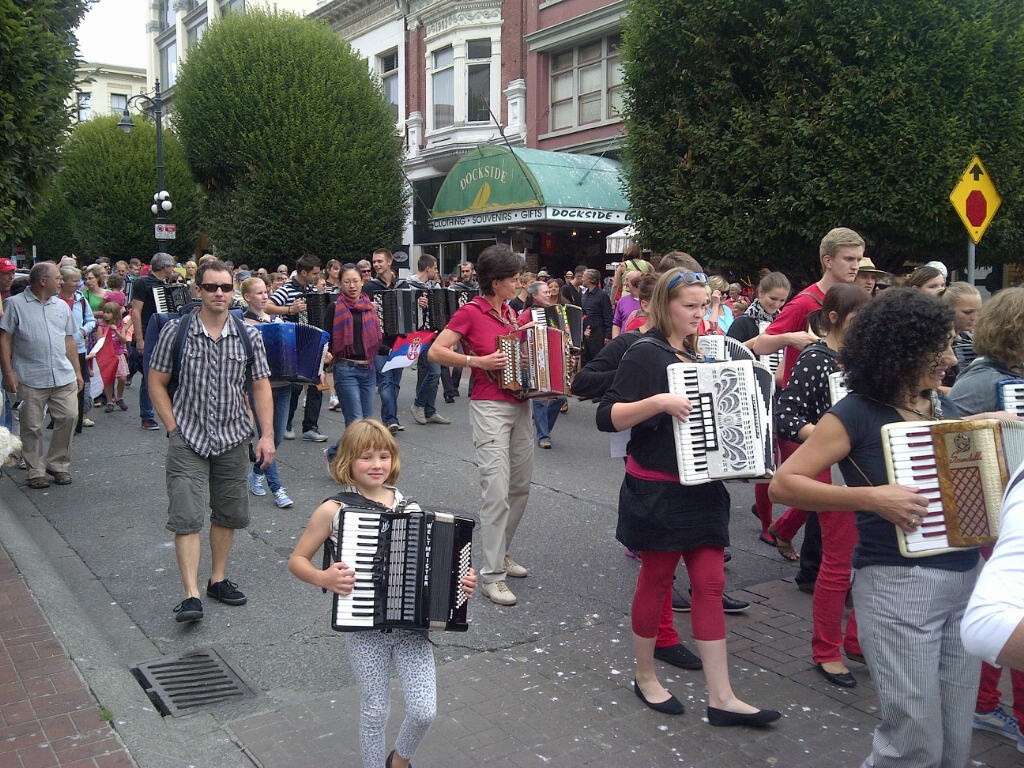 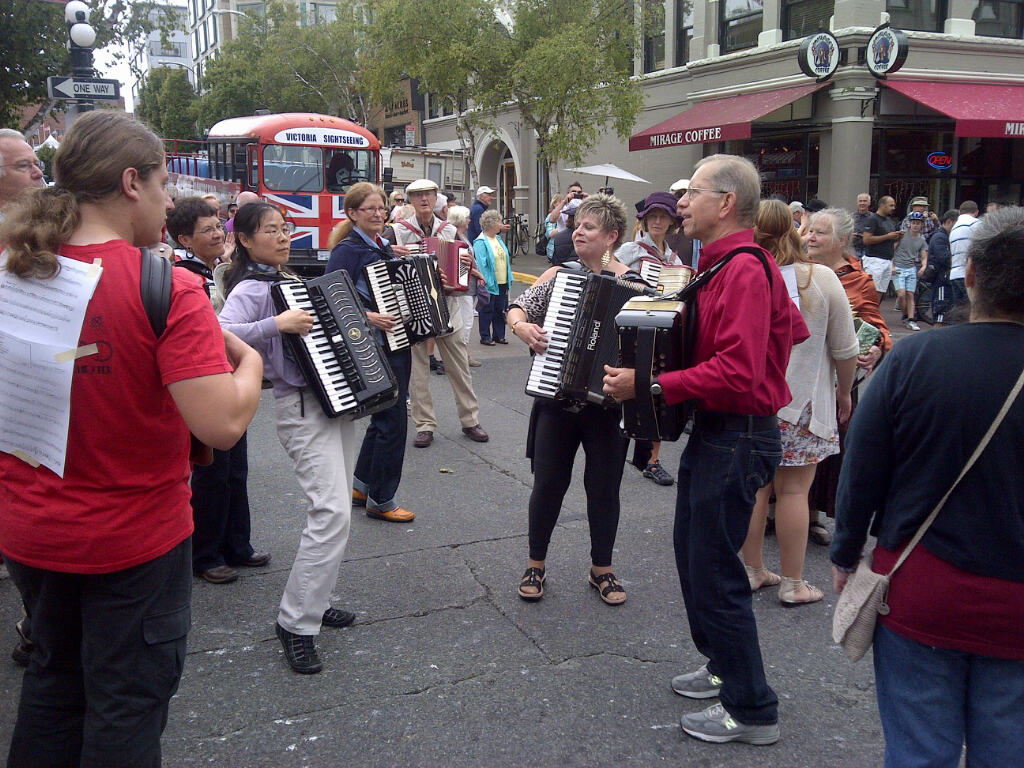